Sickness occurs when water contaminated with these pathogens is consumed or when food prepared with contaminated water is eaten. Such pathogens are present in human and animal feces and contamination by such pathogens commonly occurs in areas of the world where adequate sanitation is not available or where good hygiene practices are lacking.

Diarrhea is a common symptom of waterborne diseases. The World Health Organization has determined that diarrhea occurs worldwide and causes 4% of all deaths worldwide. In developing countries, diarrhea is a major killer. In 1998, diarrhea was estimated to have killed 2.2 million people, most of whom were under 5 years of age. Each year there are approximately 4 billion cases of diarrhea worldwide. 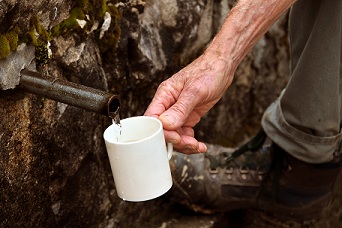 These diseases are preventable. Most people who live in developed countries never experience these diseases because sanitation and safe water are widely available and personal and domestic hygiene is relatively good.

Key to improving the health of those who do commonly experience these diseases are:

Health education about how disease is spread

Below you will find a list of some of the more common waterborne diseases and the symptoms that are associated with them.

Bacteria - Microscopic, single-celled organisms that are found in virtually all environments, including soil, water, organic matter, and the bodies of humans and animals. There can also be bacteria in well water. Bacteria are sometimes categorized by their shape, for instance, they may have spherical, rodlike, or spiral shapes.

One important group of bacteria, when discussing water quality, is coliform bacteria. This group of mostly harmless bacteria live in soil, water, and in the digestive systems of humans and animals. Fecal coliform are present in large numbers in our digestive tracts and those of animals.

Some bacterial diseases often associated with drinking or bathing in contaminated water include:

Cholera – One of the most rapidly fatal illnesses, with symptoms including diarrhea, nausea, cramps, nosebleed, and vomiting.

E.coli infection – Causing severe diarrhea and dehydration, being especially dangerous for young children and the elderly.

Dysentery – Resulting in passing feces with blood and sometimes vomiting of blood.

Typhoid fever – Characterized by sustained fever, profuse sweating, and diarrhea. Can last up to four weeks and cause death.

Virus – A virus is a simple submicroscopic parasite of plants, animals, and bacteria in well water that can cause disease. It consists essentially of a core of RNA or DNA surrounded by a protein coat. Viruses are not living organisms and are unable to replicate without a host cell.

Some viral infections often associated with drinking or bathing in contaminated water include:

Adenovirus infection – Manifests itself as the common cold, pneumonia, and bronchitis.

Polio – Most patients show no symptoms. 4-8% can exhibit delirium, headache, fever, seizures and paralysis. It is possible to have serious symptoms that include paralysis and death.

Dengue Fever – Found in tropical areas, this disease results in chills, headache, aching in the back and joints, high fever, swollen glands, rash, and profuse sweating. 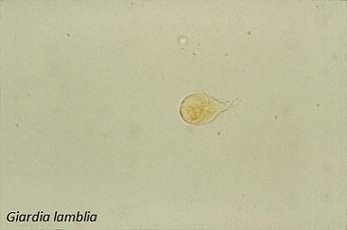 Protozoa – This is a large group of single-celled, usually microscopic, eukaryotic organisms, that includes as amoebas, ciliates, flagellates, and sporozoans.

Some of the diseases produced by parasites in well water include:

Giardiasis (Giardia) – Livestock use of a water source can result in Giardia contamination. Drinking this contaminated water often results in diarrhea, abdominal discomfort, and bloating.

Helminths – These are parasitic worms that cause disease and illness in humans and include such things as tapeworms, pinworms, and trichinosis. Helminths are usually transmitted through contaminated food, water, soil, or other objects. There may be some parasites in well water. Adult worms live in the intestines and other organs.

Parasitic worms can cause some nasty diseases such as:

Schistosomiasis – Caused by immersion in contaminated water, this disease can cause rashes, fever, chills, and muscle aches.

Ascariasis – This may be asymptomatic or accompanied by inflammation, fever, and diarrhea. Severe cases may involve malnutrition and underdevelopment.

From the lists above you can see that a wide variety of organisms including bacteria in well water can cause a lot of very uncomfortable and dangerous diseases and symptoms.

Return to "The Problem" from "Bacteria in Well Water"

An Essential Guide for Helping the Poor 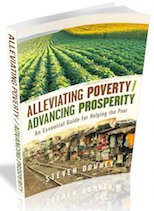 CLICK HERE to learn more about how YOU can create lasting change!